How much does it cost to develop a mobile app? 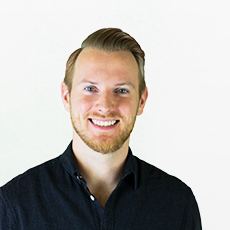 He focuses his attention and limitless energy on finding the best solutions for our clients. 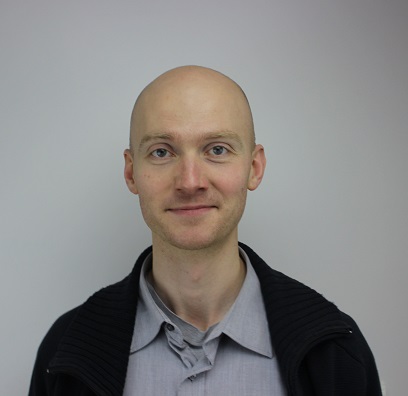 Why so expensive?! How much does it cost to develop a mobile app? 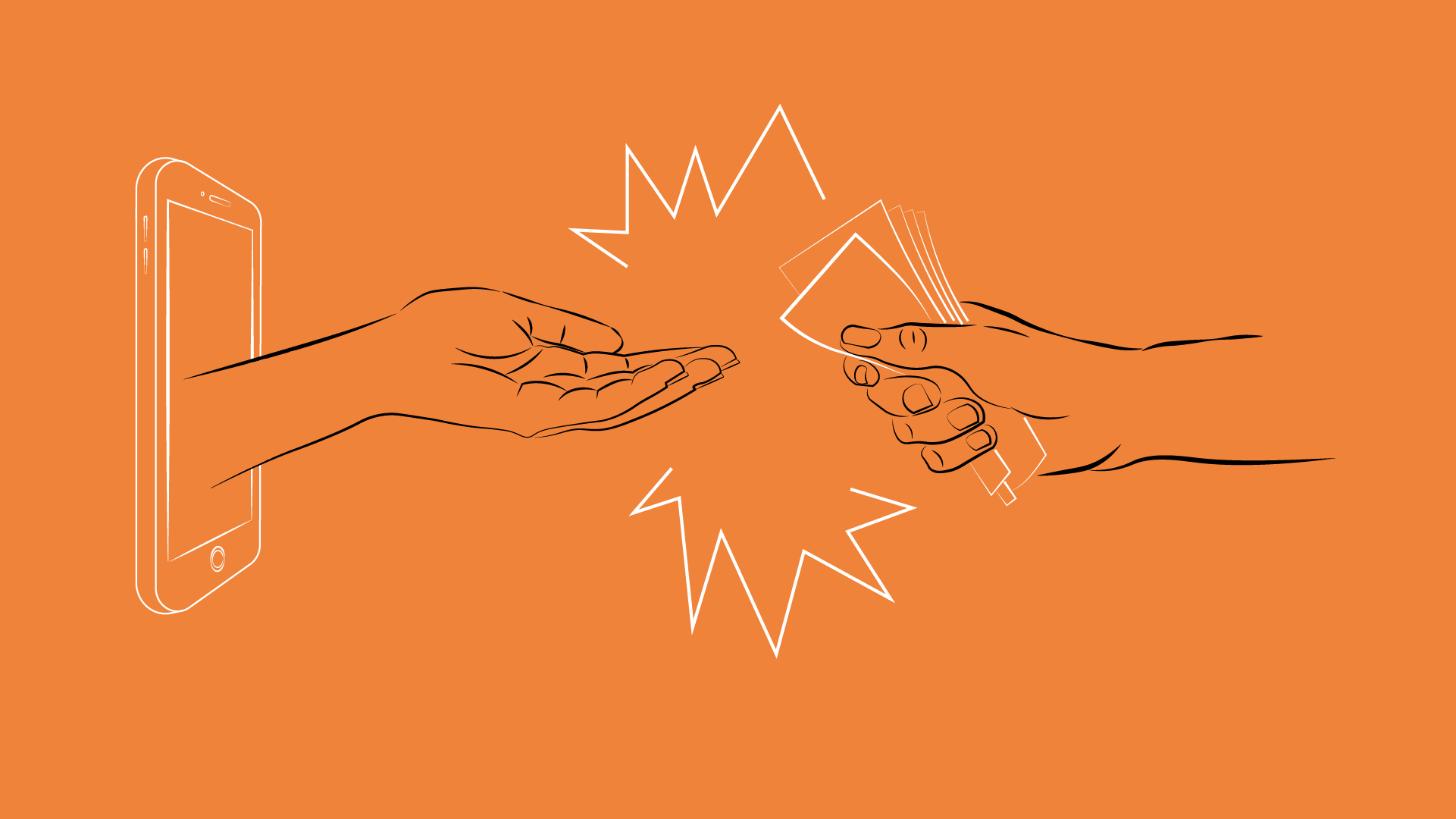 Mobile app is not only a useful digital gadget. It is primarily a helpful tool supporting business or even being its core. You can earn a lot on a mobile app, but first you have to bear considerable development costs for its design and implementation. How much does it actually cost to create a mobile app?

Such questions are not uncommon. They belong to the same category as the question "how much does a car cost?". Well, you know it does not cost a hundred dollars, and certainly not a hundred million, but the actual price depends on the specification. In order to answer the customer how much approximately (because a specific amount can be known only after the work is completed) will the mobile app development cost be, you need to know as much as possible about the functions it is supposed to perform.

Basically, the cost of mobile app development is equal to the labour cost of the people developing app. That is why at KISS digital, like in most software houses (there are really few exceptions), we make an initial valuation of the product based on the estimated time that our development team will have to spend on it. The more we know about the scope of operation of the designed mobile app, the more accurate valuation we can provide.

Why are mobile apps so expensive?

Sure, mobile apps can be very similar to each other. They include login, user account creation or payment handling functions. But the devil is in the detail, and there are usually more differences than common elements. It's not only about individual software components, but also about how they interact with each other.

Yet a mobile app is not only software. Graphics and usability are also important. All of these components and the relationships between them translate into long hours of work for development team - the mobile app developers (Android, iOS devs), back end developers, graphic designers, UX developers, project managers, and other team members before the app goes to Google Play for Android and App Store for iOS.

Additionally, we have to take care of marketing, advertising or such things as creating a description and ASO optimisation (App Store Optimisation). Therefore, developing apps (mobile or web) can't be cheap whether we want it or not.

Let's also remember that we are talking about custom apps, i.e. applications that are made specifically for the client – as opposed to those that can be downloaded from the Internet and configured according to your needs. In case of tailor-made products, many solutions must be developed from the ground up.

It does not necessarily mean "from scratch". While programming mobile apps we use ready-made code elements almost at every step. In the same way as a construction company uses prefabricated products instead of making them themselves. Without it, the process would be extremely long and incomparably more expensive.

There are situations where the costs of creating a native mobile app can be reduced to zero. These are cases where mobile app development is unnecessary, because it can be successfully replaced by an RWD (responsive web design) web application – which of course we had to pay for earlier. It is a system that uses a web browser, so it was created rather for desktops, but also works well on mobile devices.

The responsive app is not a solution dedicated to smartphones, but its advantage is that it "handles" several channels simultaneously. In addition, it does not require installation, which may be beneficial from the user's point of view (memory saving, less software that collects private data etc.). It is important for the client, as the owner of a responsive web app, that they do not have to bear additional costs for creating a native app for mobile devices. However, if the client decides to do so, already having a similar web app, the mobile version will be cheaper.

In practice, things are different. For most of the clients who come to us, the mobile app is a primary project, not an "extension" to the web version.

Why is it worth developing mobile apps?

Opting for a responsive app alone is neither a bad nor a good solution. It all depends on the details of the project and the business idea. However, in many cases it is worth betting on a system designed strictly for the mobile channel. A mobile app, as an independent system, has a number of advantages.

In other words: you can have a "free" substitute for a mobile app in the form of an RWD web app, but it will still only be a substitute.

Brief and to the point: how much does it cost to develop a mobile application?

We do not want to convince people to create native mobile apps. This is often a good solution, but in many cases it is unsatisfactory or burdened with high business risks. We just explained how you can save on the app development costs or why it is sometimes worth paying more. The final assessment is up to the client whom we are always ready to help with project analysis. But now let's focus on the costs: how much does it cost to build an app?

Well, the basic product - a mobile app that allows the user to log in and little more - can be developed even for $1,300. In practice, creating the cheapest app, which performs several basic functions, costs at least $5,000. There is actually no upper limit of the price range to develop an app. However, since we provide approximate and rather standard rates, we can quite safely assume that for average cost of $53,000-66,500 we can get an extensive system that performs even a dozen or so functions useful for the user.

What affects the cost of developing a mobile app?

The final price can be much higher, because the production cost of a mobile app is influenced by many factors. The most important of them are:

The mobile app, which in addition to the registration and logging in, has three or four functions, costs approx. $16,000-24,000. Assuming it is compatible with both Android and iOS, has an uncomplicated back end and an unsophisticated front end. If we increase the number of additional app features (like sending push notifications, using the phone's gyroscope or built-in navigation) to seven or eight, the price increases to between $32,000 and $53,000. Why is the price range so wide? Because a specific price for developing an app depends on further factors.

Every function is different in its own way. Equipping the app with the ability to run the flashlight will take the app developers less than half a working day. It will take much longer to integrate a function in the programme that allows you to connect via Bluetooth to an external device in order to, for example, run the sound with the app. This has an obvious impact on the app development costs.

Quality of the interface

You can design an app with high UX values, attractive in terms of functionality and aesthetics, user-friendly, containing pleasing animations or transitions between screens, in a word: the one you want to use. You can also make an app that does not have these advantages, based on a simple and cost-effective graphic design. The difference in price between the two versions of mobile apps will be at least several thousand dollars. The question is whether the cost-effective version will meet users' expectations and generate the expected revenues.

You can develop an app for a specific system, such as Android or iOS. It can also be created in cross-platform technology, like React Native. This standard is developing faster and faster and allows you to create software that is suitable for both environments. This way you can save about 30% of the price. The point is that it can turn out to be a short-term solution. The mobile app development cost increases because of its maintenance: adjusting the software to Android (Google Play) and iOS (App Store) updates. These platforms develop differently and make adjustments at various times. For the owner of a mobile app, this means that they have to introduce their own updates, which can be costly in the long run. After some time and taking into account the maintenance costs, the prices of the app in two versions for two systems (Android and iOS) and one cross-platform version may turn out to be similar, however, obviously the final cost to make an app depends on the tech specs of the project and the scope of functions.

The answer to the question "How much does it cost to develop a mobile app?" is not easy at all. An issue that deserves to be discussed separately is the process of pricing of a mobile app: what affects it and how it is done. We will talk about this soon in a separate text. Follow our blog!

Do you want to know how much will it cost to make your mobile app?

If you are looking for a company with a partner approach to the client, which will advise you on which technologies to choose when developing a mobile app, knows mobile app marketing and will carry out the project for you in a professional and transparent way – you've come to the right place!

We have created a lot of apps from the fields of fintech, sports, moto, social media etc. See our portfolio!

We now how to make an app - contact us:

He focuses his attention and limitless energy on finding the best solutions for our clients. And succeeds at it.

How To Write a Top-notch App Description

A good first impression can’t be made twice. Here's how to write a great app description.

Is your mobile app ready to launch? Congrats, the most difficult part is already behind you. Almost. It’s high time to learn more about mobile app marketing!

Even the best mobile apps won’t end up successful if no one’s there to use them. The aim of App Store Optimization is to avoid exactly that. Here’s how to do it properly.